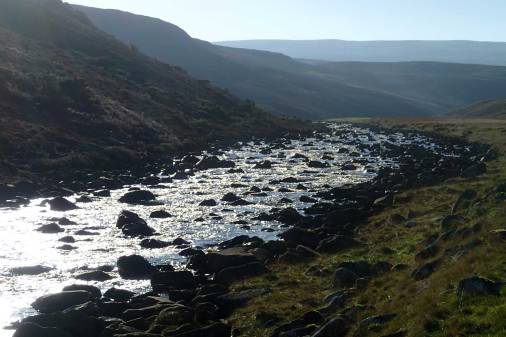 The draft withdrawal agreement, setting out how the UK leaves the European Union was published earlier this week, and has dominated domestic news coverage ever since.   Theresa May’s government seems to have weathered the storm – just – but the likelihood of the agreement surviving a vote in the House of Commons seems small, meaning that political uncertainty is set to continue for some time.

The agreement’s provisions for environment have received relatively little attention in the media during this period.  This is surprising, given the importance of this topic generally, and the central role that European legislation plays in our domestic environment policy.   As I have tried to offer a commentary on the Brexit process as it has unfolded (see “Environmental governance post Brexit” for the latest of these posts), I now need to steel myself for a scrutiny of the 585 page document (without even a contents page) to see what provisions have been made.

The political brouhaha has focussed around the problems surrounding the land border between the Republic of Ireland and Northern Ireland, and the proposal that the UK and the EU remain as a single customs territory, run according to existing EU rules, for as long as it takes to achieve a satisfactory long-term solution.   The prospect of being bound into EU legislation indefinitely is what has provoked the wrath of the hard Brexiteers; however, the rest of us need to bear in mind that the proposals set out in the withdrawal agreement are not indefinite.   Once a long-term solution is agreed, then UK administrations will be free to modify legislation unless a future trade deal specifically incorporates provisions for the environment.

The European Research Group’s argument that the UK will become a “rule taker” is disingenuous because the subsidiarity principle that was introduced as part of the Maastricht Agreement means that Member States always have had considerable liberty to implement EU legislation as they see fit.   The EU legislation tends to outline the ambition and principles rather than prescribe how these are achieved.  We already have strong domestic legislation that enforces environmental policy.  I have not heard the Brexit camp offering credible alternatives to the ambition set by the EU that might suggest that the UK will be constrained in this respect.

The key passages relevant to the environment are found in Annex 4, some 356 pages into the agreement.  These commit the UK to “non-regression in the level of environmental protection” which means that environmental standards in force at the end of the transition agreement (including, importantly, “access to environmental information”) should not be diluted during the period that the UK is part of the single customs territory.  The UK is also bound to adhere to the precautionary principle, the principle that preventative action should be taken, the principle that environmental damage should as a priority be rectified at source; and the “polluter pays” principle. We are also required to have “a transparent system for the effective domestic monitoring, reporting, oversight and enforcement of its [environmental] obligations … by an independent and adequately resourced body or bodies” (p. 359).  This is, in effect, the new watchdog that Michael Gove has already proposed but with greater independence as it needs to have power “to conduct inquiries on its own initiative” and the right to “bring a legal action before a competent court or tribunal in the United Kingdom in an appropriate judicial procedure, with a view to seeking an adequate remedy.”  Gove’s proposals put the new environmental watchdog under the control of DEFRA, which was widely regarded as compromising its independence.

The question that remains is how much latitude a future UK government will have to deviate from the principles of EU environment legislation.   The implication is that the UK and EU will move towards a long-term trade deal and my suspicion is that a level playing field for the environment will be a pre-condition from the EU for this to happen.  This would mean that the principles set out in the withdrawal agreement would apply in the long-term (though the UK would not necessarily be bound to comply with any new EU environment legislation).  What is also not clear is whether the UK would be expected to comply with collective decisions on implementation of existing Directives (and, indeed, to participate in reaching these) in the future.  The Water Framework Directive, for example, is 18 years old, but there are still aspects of implementation that are being discussed. The EU will want the UK to stay in line with new developments; the UK should regard participation in the debates around these to be a quid pro quo.

Almost every environment professional and academic I have met feels that leaving the EU to be a colossal mistake.  However, if we accept that leaving the EU is now inevitable (I still need to be convinced that a second referendum would offer a more decisive outcome than the first), then I think the provisions for the environment set out in the withdrawal agreement are good.   Even Michael Gove, an ardent Brexiteer, has acknowledged that the EU offers strong protection for the environment, and this agreement ensures that we go forward with as strong a foundation as we have at present.   However, the prospect of this agreement passing the various hurdles in front of it are slim, so a more likely scenario at present is that the UK crashes out of the EU in March 2019 with no transition arrangement and no trade deal in place.  That would leave UK environment legislation in a far more precarious position than is the case at present. 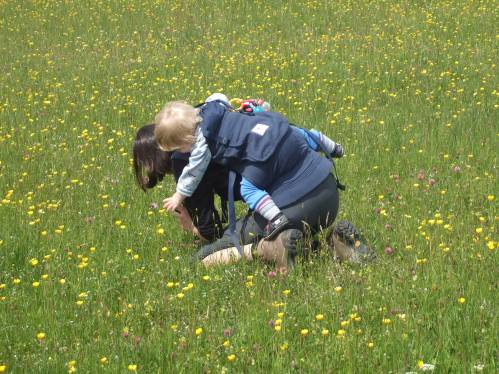 “Learning from mum”: Heather’s prize-winning photograph in the 2018 BSBI photography competition shows her friend Priscilla botanising in Hannah’s Meadow, Upper Teesdale.  The photograph at the top of this post shows Upper Teesdale near Widdybank Farm, earlier this week.