I’m back in the Lake District for this post, standing beside Wastwater, the most remote and least disturbed of England’s lakes and, especially obvious on a sunny day in June, the most spectacularly-situated.  I stood on the western shore looking across to the screes and, beyond to the mass of Scafell Pike, England’s highest peak, looming up in the distance.

When I was done admiring the scenery I adjusted my focus to the biology of the lake’s littoral zone and some dark brown – almost black – marks on the boulders in the littoral zone.  In contrast to the grand vista stretching away to the north, these were beyond unprepossessing and my attempts to photograph them yielded nothing worth including in this post. However, I had seen similar looking marks in Ennerdale Water and there is a photograph in “Tales from the splash zone …” that should give you some idea of what I was seeing.

Under the microscope, my expectations were confirmed.  As in Ennerdale Water, these patches were composed of Cyanobacteria – gradually tapering trichomes of Calothrix fusca and more robust trichomes of Scytonema calcareum, both encased in thick, brown sheaths which, when viewed against the granite boulders on which they lived, resulted in the dark appearance of the growths.  To the untrained eye, these barely look like lifeforms, let alone plants yet they offer an important lesson about the health of Wastwater. 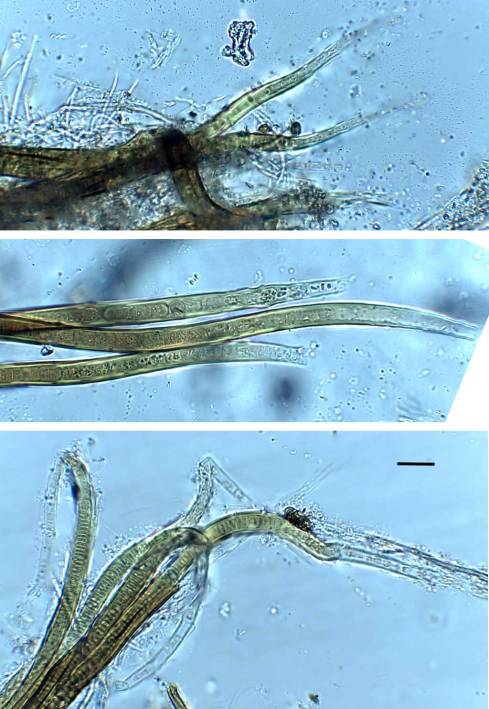 Though hard to see amidst the tangle of filaments in these population, both Calothrix and Scytonema have specialised cells called “heterocysts” that are capable of capturing atmospheric nitrogen (you can see these in the photographs of Nostoc commune in “How to make an ecosystem (2)”.   Nitrogen fixation is a troublesome business for cells as they need a lot of energy to break down the strong bonds that bind the atoms in atmospheric nitrogen together.   That means that plants only invest this energy in nitrogen fixation when absolutely necessary – when the lack of nitrogen is inhibiting an opportunity to grow, for example.   The presence of these Cyanobacteria in Wastwater is, therefore, telling us that nitrogen is scarce in this lake.

The dogma until recently was that phosphorus was the nutrient that was in shortest supply in lakes, so attention has largely focussed on reducing phosphorus concentrations in order to improve lake health.   Over the last ten years, however, evidence has gradually accumulated to show that nitrogen can also be limiting under some conditions.   That, in turn, means that those responsible for the health of our freshwaters should be looking at the nitrogen, as well as the phosphorus, concentration and, I’m pleased to say, UK’s environmental regulators have now proposed nitrogen standards for lakes.   That marks an important shift in attitude as, a few years ago, DEFRA were quite hostile to any suggestion that nitrogen concentrations in freshwaters should be managed.   In this respect, the UK is definitely out step with the rest of Europe, most of whom have nitrogen as well as phosphorus standards for freshwaters. 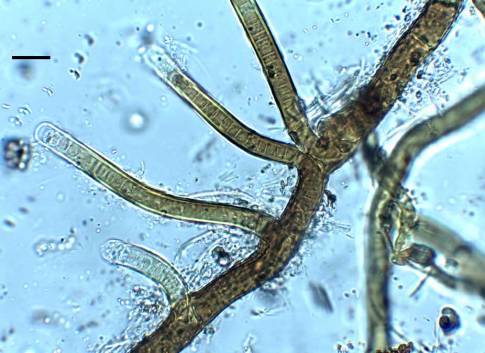 Wastwater flows into the River Irt and, a few kilometres down from the outflow, I found another nitrogen-fixing Cyanobacterium, Tolypothrix tenuis.  Once again, I could not get a good photograph, but you can see images of this in an earlier post from the River Ehen in “River Ehen … again”.   Nitrogen fixing organisms, in other words, are not confined to the lakes in this region, which raises the question why the UK does not have nitrogen standards for these as well (see “This is not a nitrate standard …”).   In rivers such as the Irt and Ehen that are already in good condition, it might only take a small increase in nitrogen concentration for the ecology to change.   Whether the loss of these nitrogen-fixing organisms will be noticed is another question.

For now, I am just happy to see that nitrogen in lakes has finally made it to the regulatory agenda.  It has taken about 15 years for the science to percolate through the many layers of bureaucracy that are an inevitable part of environmental management.  Give it another decade and maybe we’ll get nitrogen standards for rivers too.

P.S. any guesses as to which 1970s prog rock group I was listening to over the weekend?  The clue is in the title.